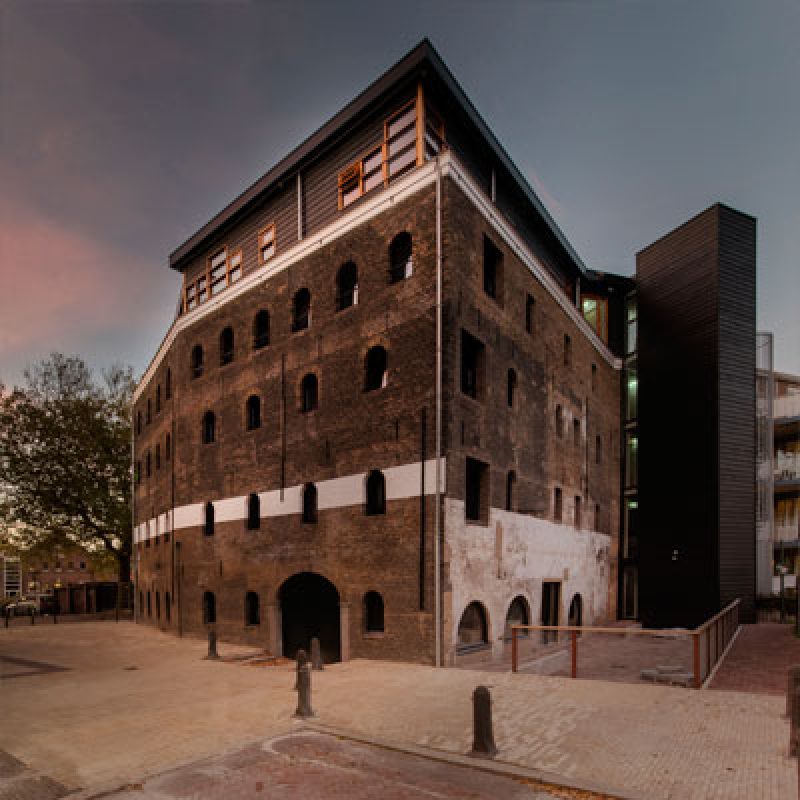 The restoration and redevelopment works on the monumental Malt House Marigold (Noordvest 61-63, Schiedam) has been completed after 2 years. HERMON Heritage delivered the last studios on 22 October. 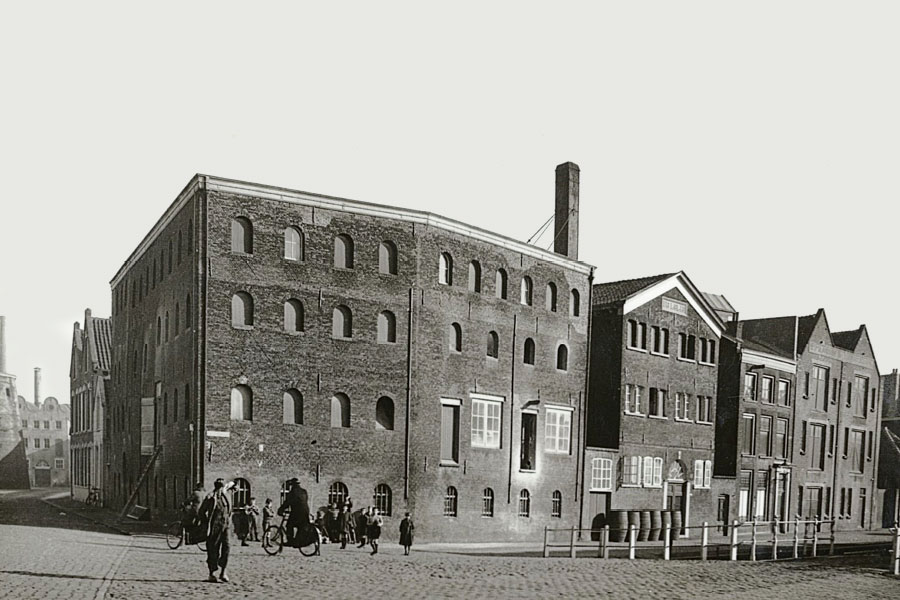 In the heyday of the gin industry in Schiedam (1850 -1880), the city had almost 400 distilleries. Malt House Marigold is one of the last preserved legacies from this time. In the malting plant, malt was made from cereals. This product was used to make gin. We can hardly imagine it, but Malt House Marigold was once nominated to be demolished. Thanks to two squatters, it has been preserved. At their own expense and energy, they have refurbished the run-down malt house and operated it as a youth café and restaurant. In 2006 the national monument became vacant and waited for a new purpose. After 10 years of vacancy, HERMON Heritage purchased the national monument to convert it into 34 independent studios for short stay. A part of the studios will be used by young adults with a form of autism. The supervision of this group is provided by Foundation Veste / Jados.

Furthermore, the façade openings, are provided with windows that give the impression as if the malt is being vented again. The characteristic white trim has also been brought back to the facade. The malt house is also equipped with a completely new roof structure. The new height of the malting plant is not new. Before 1918 the malt house had sloping roofs, the roof was lost due to a fire and replaced by a flat roof.

During the redevelopment, a modern contrasting roof structure was chosen, so that it is clear to see what is old and new. The 34 studios are fully furnished and equipped with their own kitchen, bathroom and toilet. Final commissioning has taken place in phases. As a result, a number of studios have already been occupied.

We give a future to the past HERMON Heritage